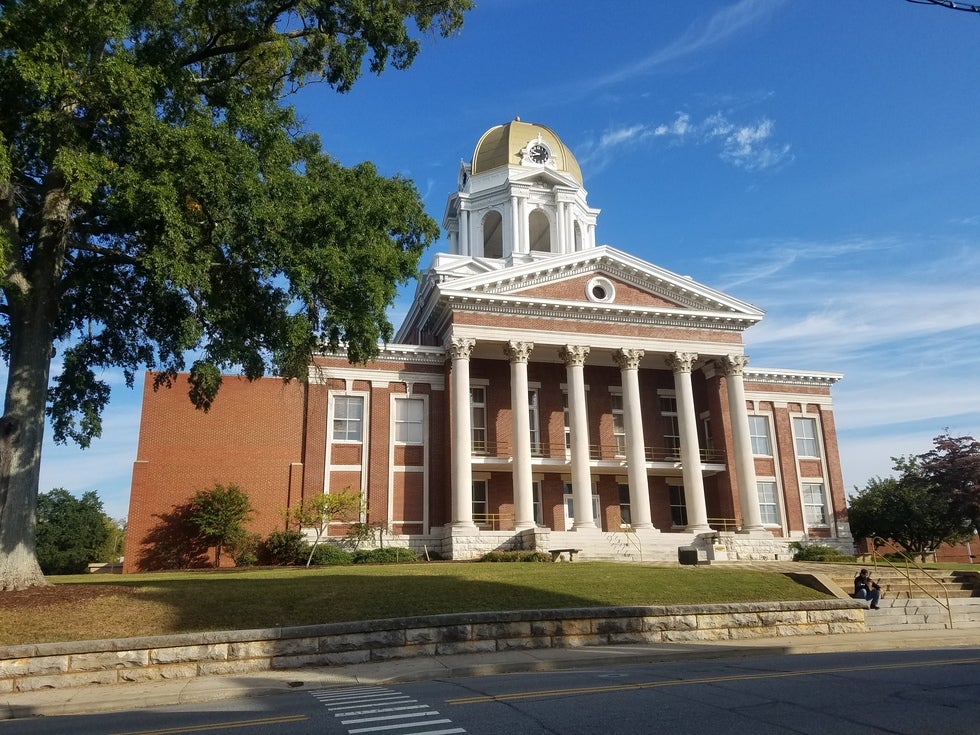 The old gold-domed Bartow County Courthouse in Cartersville, Georgia was dedicated back on January 12, 1903.

If you're charged with a crime in Bartow County, there are a few different courts where your case may start. For instance, if you are cited or arrested for a misdemeanor violation (like a DUI or possession of less than an ounce of marijuana), the First Appearance in your case (also called an Arraignment) will in all likelihood be in Probate Court.  There, before Judge Barry B. Greene, you'll need to decide whether to plead guilty or not guilty. If you plead not guilty, you'll need to elect for a jury or non-jury trial (also called a bench trial). A jury trial will move your case over to Superior Court. There, multiple judges preside over the cases. Bartow also has Juvenile and Magistrate courts.

For more information about Bartow County Juvenile, Magistrate, Probate or Superior Courts and what you may expect when you go there, call us at 770-870-4994, or email our lead counsel Alan J. Levine, Esq. at [email protected]. With 13 years experience as a prosecutor, judge and defense attorney in Georgia, Alan is especially well situated to help guide you through the legal maze you may be in right now.