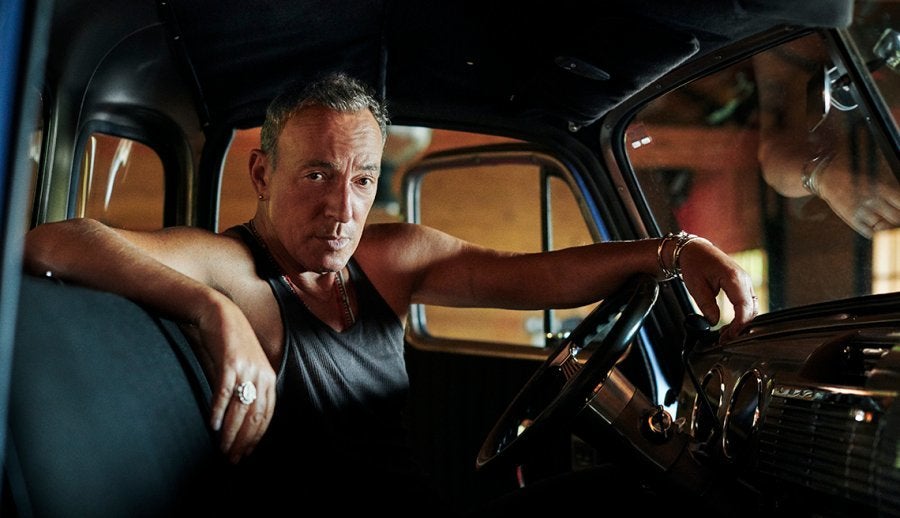 The arresting officer in Bruce Springsteen's DUI case noted the typical signs of possible impairment – strong smell of alcohol coming off his person and glassy eyes. In almost all DUI reports I come across, the officer notes these signs. But anyone who has a drink or two is going to smell of alcohol. And The Boss admitted to having a couple shots of tequila over a 20 minute period. If he was being honest, and considering there is room for a wide range of variance, this might put him at a blood alcohol content (BAC) level of 0.04 (minus a bit for metabolization and sweat). As for glassy eyes (meaning shiny, glazed-over, possibly unfocused), that can be caused by alcohol. But it can also be caused by fatigue, allergies, dehydration, conjunctivitis and lots of other medical conditions. It can also be imagined, or overstated, as much of the evaluation of a person for intoxication is subjective.

The Boss apparently performed what are termed Standardized Field Sobriety Tests. There are three evaluations that have been standardized by the National Highway Traffic Safety Administration such that, if done properly, there exists a correlation between how those evaluations were performed by a subject and whether that person may be intoxicated. These evaluations are termed Horizontal Gaze Nystagmus (HGN), the Walk and Turn, and the One Leg Stand.

The first of these evaluations, the HGN, looks for Horizontal Gaze Nystagmus, which is an involuntary jerking of the eyes as a person gazes to the side. According to the police report, The Boss displayed 4 of 6 clues on the HGN evaluation. This corresponds roughly to a blood alcohol content (BAC) of 0.08. But someone claiming inside knowledge of the case reports The Boss's BAC was more like 0.02. If true, and if only alcohol was involved (i.e., no other drugs or medical issues were present), this illustrates that most police officers are not good at conducting and interpreting the results of the HGN evaluation. Meanwhile, though 0.08 is right at the legal limit for driving in New Jersey based solely on BAC (as opposed to actually being made a less safe driver by alcohol which only requires a modicum of alcohol), that Springsteen was in a national park complicates his legal situation. Rules for possession of alcohol in our parks varies.

Though often not utilized properly, officers and prosecutors like the HGN evaluation because a person is not aware their eyes may be displaying HGN, a person cannot control or stop HGN, and a person's tolerance for alcohol does not effect HGN. There are many causes of HGN, but among those causes are alcohol and drug ingestion. During the HGN evaluation, an officer will be observed to make several passes in front of a subject's face, asking the subject to keep their head still and follow a target object (the tip of their finger or a penlight) with their eyes and their eyes only.

It is important to know that nystagmus, though real, is also very subtle. In practice, only experienced officers who've been well trained, and have done the evaluation for a long time, will be any good at determining if nystagmus is present. It is very possible to miss HGN when present, and more crucial for the person stopped for a DUI, to imagine seeing HGN when it is not really there. Police officers, even the best, are usually not ophthalmologists or experts in the physiology of the human eye. Yet at trial, in the context of HGN, they will be offered by the prosecution as someone skilled enough to perform complex procedures, make delicate observations, and then arrive at important determinations. But to date, I am not aware of any camera that is in use which records the subject's eyes while performing the HGN evaluation so that, later, a judge or jury may look for themselves and decide whether they think nystagmus is present.

When an officer performs the HGN evaluation on a DUI suspect, in order to obtain results that are meaningful, the procedure for instructing, and then observing, a subject must be followed strictly. Otherwise, the evaluation is meaningless. For instance, if during a DUI investigation an officer tells the subject “You're not looking at my light,” or instructs the subject to stop moving their head, then that part of the evaluation has been compromised and must start over. Also, nystagmus can be induced by the officer. If the officer holds the target object too high such that the subject's chin is observed to move up, any observed nystagmus may be due to this added motion of the head versus simply alcohol.

There are many other internal human and external environmental factors that may influence and cause nystagmus which we will not go into here.

Assuming the officer has established that the HGN evaluation may be performed on a subject – no pre-existing conditions exist which would make the procedure invalid – the officer then proceeds to look for (1) Lack of Smooth Pursuit, (2) Distinct and Sustained Nystagmus at Maximum Deviation, and (3) the Onset of Nystagmus Prior to 45 Degrees in that order. To be a valid indicator of alcoholic intoxication, both the subject's right and left eyes must display the particular indicator of nystagmus. That is to say, if an officer observes Lack of Smooth Pursuit because of nystagmus in a subject's right eye, then they must also observe it in the subject's left eye if it is to be properly considered an indicator of alcoholic intoxication. If nystagmus is observed in one eye but not the other, either the officer has made a mistake, or the subject has a medical issue (aside from intoxication) with their eyes or head.

To summarize, when intoxication by alcohol is the culprit, the HGN clues come in pairs, for both right and left eyes, and the clues add up in order 1-2-3.

The above is a very cursory primer into what an officer is doing when they perform an HGN evaluation during a DUI investigation. Among many things not covered here are the actual mechanics of conducting the various parts of an HGN evaluation. Better illustrated by observing their actual performance, these mechanics are important as there are many places for the officer to make mistakes. Yet without a through and sifting counter-investigation of HGN procedure, police errors will be held against the investigatee, not the investigator! Indeed, the prosecution may try to pin a large, or at least important, part of its DUI case against a defendant based on bad HGN evidence. And, unlike the other Standardized Field Sobriety Tests – the Walk and Turn and the One Leg Stand – a judge and jury can only see what the officer is doing as they perform the HGN evaluation. Often times, they may not even be able to see that clearly! What definitely cannot be seen is what the officer says they observed, or thought they observed. It is critical for the defense of a DUI that the portion of the video showing the HGN evaluation is examined carefully, analyzed critically, and, truth be told, mercilessly picked apart when warranted. And, truth be told, it often is warranted.

No doubt The Boss will hire the best to do just that in his situation. But even if he loses his driver's license for a time, he doesn't really need to drive. He was born to run.