An Administrative License Suspension (ALS) hearing will be held before a Court of our Georgia Office of State Administrative Hearings (OSAH). Whether the arresting officer was with a county, city or state law enforcement agency, the ALS hearing will be held at a county specific assigned location. For example, for Cobb County ALS hearings, including petitions of the Cobb County Police Department, the Cobb County Sheriff's Office, the Georgia State Patrol, and any Cobb County municipality, all hearings are heard by Judge Patrick Woodard at the City of Marietta Municipal Court. Fulton County cases are heard at either the OSAH headquarters in Atlanta by Chief Judge Michael Malihi, or Roswell City Hall by Judge Ana Kennedy. Other ALS jurisdiction and hearing locations may be found here. 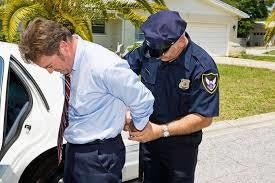 When a person is arrested for a DUI in Georgia, the officer may fill out and submit a petition to have that person's Georgia driver's license suspended. The two most likely reasons for this are either (1) the person allegedly failed to submit to the State test of their blood, breath, urine or other bodily substance, or (2) as an adult, non-commercial driver, they had a Blood Alcohol Content level of 0.08 mg/ml. If the person arrested is not a Georgia resident holding a Georgia driver's licenses, the arresting officer can still petition to have that person's right to drive in Georgia suspended.

Unless there are legal reasons not to, the arresting officer will give the arrestee a yellow piece of paper called a DDS 1205. DDS stands for Department of Driver's Services. The DDS 1205 serves as a temporary license for 45 days. An arrestee has only 30 days from the time of arrest to submit an appeal of the officer's ALS petition. If an appeal is not filed, the arrestee's license suspension goes into effect on day 46 following the arrest. A standardized appeal form (DDS-1206) can be found at the Georgia DDS website. The cost to appeal and obtain a hearing is $150. If the appeal form is not submitted in a proper and timely manner, the consequences to a person's right to drive are serious, often resulting in a lengthy suspension.

Once a hearing is set, the OSAH Judge will listen to evidence and decide your case. Per the law, here are the only five issues which are relevant to whether the Judge will or will not grant the officer's petition to suspend your license or right to drive in Georgia:

Though broken down into only four issues to be considered, there are numerous legal and evidentiary considerations which must be accounted for if a hearing is to be resolved favorably for a defendant. Reviewing all the evidence before the ALS hearing is vitally important. The incident reports, video, 911 calls, and potential third-party witness testimony should be reviewed thoroughly. DUI Law is a complex area and considered by many to be a highly-specialized sub-specialty of criminal law.

At Georgia DUI & Criminal Defense Inc., DUI and Criminal Defense is what we do. And we're good at it. But are we the right law firm for you? At a free, no obligation consult, let's meet and discuss your concerns and needs. Call us at 678-DUI-HELP | 678-384-4357. Or email us at [email protected]

You need someone to fight for you. We'd be honored to serve as your law firm and do just that.